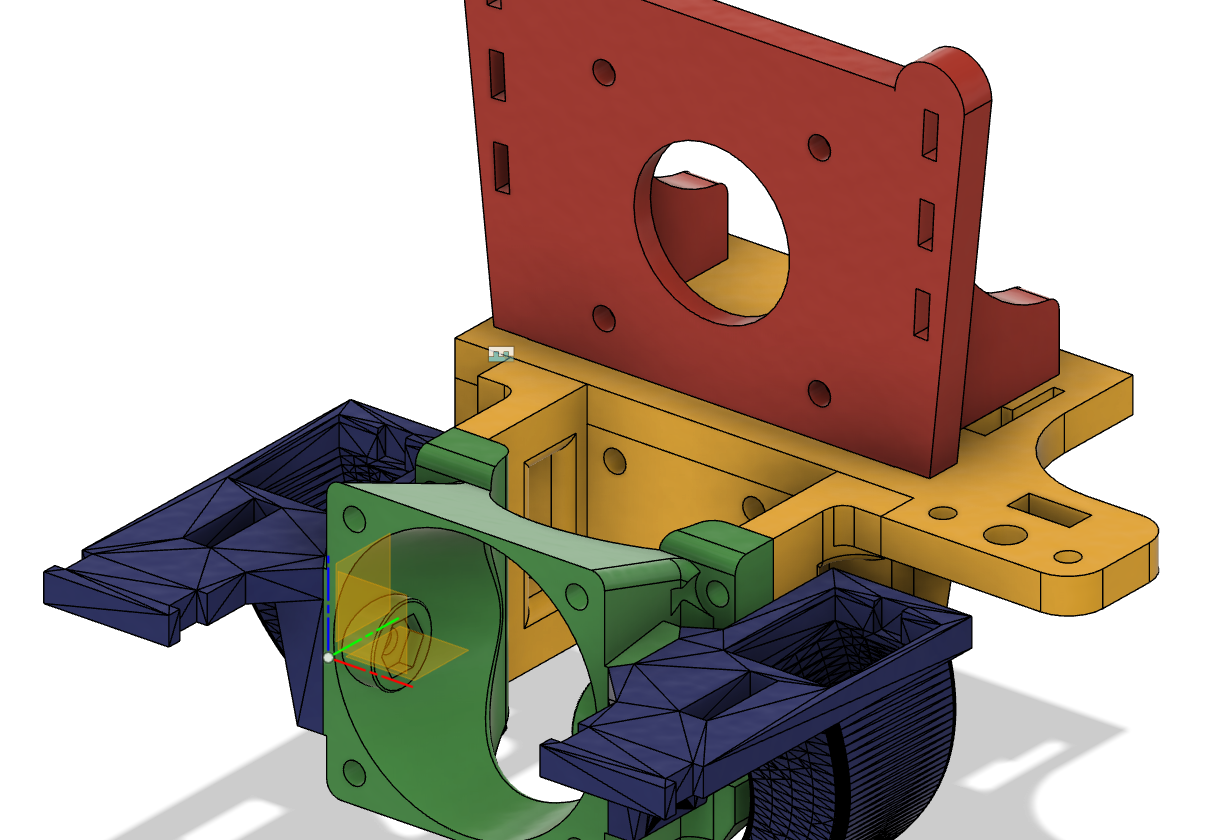 So if you have read the previous post Eryone Thinker SE Upgrade Modifications you will know that in addition to changing the motherboard and doing a ground up assault on the Marlin Firmware I also fitted a E3D V6 Hotend and BMG Extruder.

The results from this have been mixed. With Sunlu PLA I have no complaints at all – the print quality was excellent. However, other brands, PLA variations and different materials have been a bit fussy (this is the polite phrase).

I have put this down to retraction and the V6. E3D clearly state:

A common issue is massively excessive retraction distances. In direct configurations retraction of 0.5 to 2mm is all that should be needed for ooze-free prints. We use around 0.6mm for ABS that oozes very little, and 2mm for the very floppy flexible filaments that like to ooze a great deal and need a good tug to pull back the soft filament from the melt zone. For PLA we stick with retraction settings no higher than 0.8mm.

Bowden configurations are more tricky as the amount of retraction needed is dependent on factors such as the length of tubing and the stiffness of the filament has more impact on the needed retraction. A good starting place is around the 2mm mark, which you can increase if required.

Retractions of 5mm or more are troublesome as they pull hot filament up into the cold areas of the hotend where they can freeze, adhere and jam. You should be able to print at both very high, and very low speeds with your E3D hotend, but you may need to adjust your temperatures. Very high speeds will require higher temperatures in order to melt the filament quickly enough as it passes through the hotend. Very slow prints do not require as high a temperature.

And in the pursuit of science I decided to switch to a Direct Drive configuration and at the same upgrade to linear rails on both the Y and X axis. I thought that by changing the X axis I would be able to use a direct drive system intended for a Tevo Tarantula. Although I have been able to utilise parts from other projects it didn’t work out this way.

In the end, although inspired by the designs above I only used the ducts from Perky’s project who helpfully provides a number of variations with links to Desi Quintans.com cooling tests Part 1 and Part 2. I had to mirror the right hand side ones so that both left and right had same bracket offset.

I have also retained the 40mm Fan Cover from Thinker S Dual Blower Hotend for Stock and E3D V6 from Madizmo.

For these I used the Eryone Thinker SE Linear Rails Y axis Mod by Luca Bartoli. Simple and straightforward to print and fit. The only issue I encountered was that I initially aligned the rail in the middle but actually needed them at front.

← Getting your prints to stick.
RSS Supreme @ Estoril (Assetto Corsa) 3 →