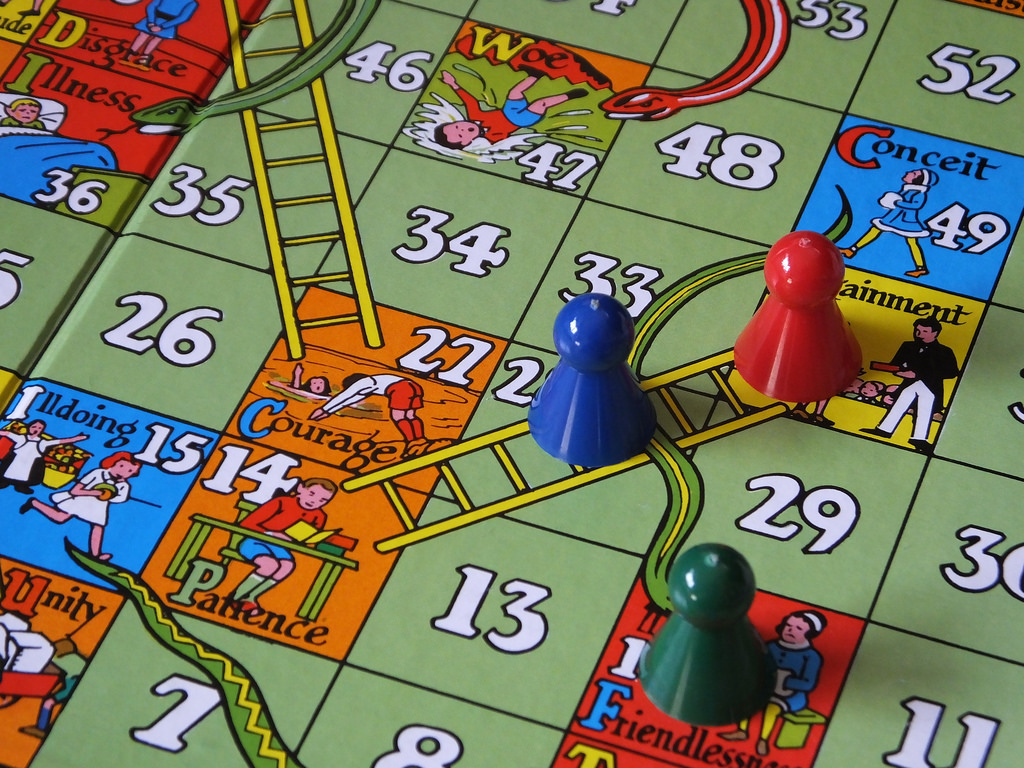 This task is to be solved by using a high-level language of your choice. You should state the name of the language used at the start of your solution.

A manufacturer of games has decided to design a new snakes and ladders board consisting of 100 squares. The manufacturer has asked a systems analyst to design a simulation of the game using different designs. Also, the systems analyst has been told that there must be exactly 10 snakes and 10 ladders. The number of squares that a snake sends a player back must lie between 10 and 30. The number of squares that a ladder sends a player forward must lie between 10 and 30.

The systems analyst has decided to represent the board by using a one-dimensional array with 100 cells numbered from 1 to 100. Initially each cell is to be set to zero.

When the game starts the user is asked to input the positions of the snakes. This is to be done by entering, for each snake, the square on which its head is to be and the number of squares a player must go back when landing on a snake’s head. For each snake, the number of squares to go back is then to be stored in the cell representing the head of the snake, as a negative integer.

Part of the array may look similar to that in Fig. 3.1. This indicates that there is a snake’s head in cell 51 and its tail is in cell 41. The bottom of a ladder is in cell 40 and its top is in cell 52. The remaining squares do not contain any snakes or ladders.

You should annotate all your code and use meaningful names throughout.

Create annotated code that initialises the board ready for the user input. [2]

The rules of this game of Snakes and Ladders are

Create annotated code, in a high-level language, that simulates a game of snakes and ladders and outputs the total number of throws. [8]

Modify your program to ensure it handles these restrictions. Annotate your modifications to show how you have solved this task. You should provide sample runs to show the results of using one set of valid data and one set of invalid data for each restriction. [6]

This task was worth 43 Marks and should take approximately 22.5 hours.  It was a software development task and an implementation task that orginally appeared in OCR 2507 Task 3 Jun 2005.  All rights and copyright to OCR.  Please refer to the OCR Copyright Statement for further information.