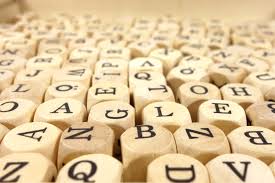 Write a program that asks a user to enter two separate strings together before output them as a single string.

Write a program that returns a Substring of length 10 characters.   Assuming your string is longer than 10 characters can you output the first, last or middle 10 characters?

Write a program that outputs each letter of a string on a new line with no other text to accompany it i.e I want you to isolate each letter in a string.

Modify the program so that it splits a sentence into words and outputs each word on a separate line.

To complete this task you will need to look at the String.split() method and be able to use a ‘for’ to loop through the array results.

Write a program that given a mixed case sentence outputs upper and lower case versions.  The program should be dynamic so that the user can enter a string. Example Output:

Write a program that only outputs lowercase letters of a string.  Hint – it will need an IF statement.

Task 5a – Search and Replace

Write a function called SearchAndReplace which takes three arguments: a string of any length and two single-character strings. The function replaces all occurrences of the second argument with the third argument and returns the result. For example:

It is not acceptable in this question to use the built in str_replace function that many languages now provide!

Task 5b – Multiple Search and Replace

An interesting challenge here is to consider allowing the second and third arguments to be strings of any length. For example, what should SearchAndReplace(“Baaad”,”aa”,”oo”) give?)

Modify the program so it removes all non alphanumeric characters e.g. A12&!FT would return A12FT

Write a program that only outputs the vowels in a string

Write a program that replaces all the vowels in a word with a dash (-).  You should use a String.replace() method. Note: you will need to call replace more than once to remove all vowels unless you complete the extension.

Write a program that takes a word and returns its plural version.

If you are not sure on the plural rules then check out http://bit.ly/VJ416z

Outputs the binary equivalent of each character in a string

Write a program that find the Number of Vowels and Consonants in a string.