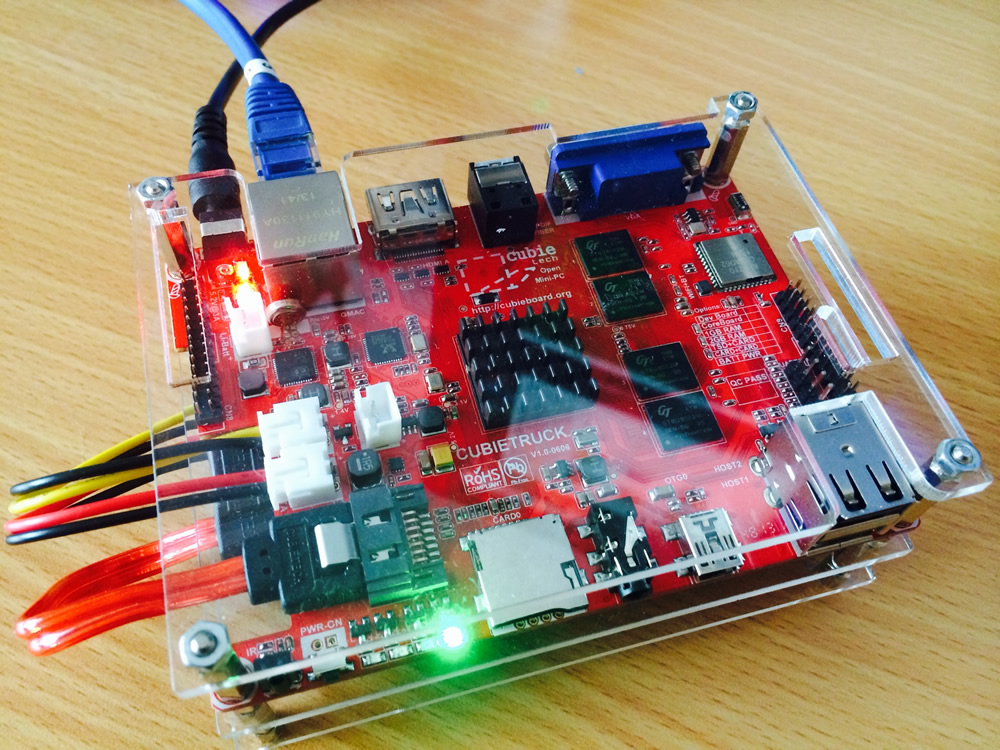 I have wanted to move my Weewx install onto the CubieTruck so I can use a SATA drive for storage but not gain another power socket.  I started by powering through all the required package installs as listed on the Weewx website and in my Weewx on Raspberry Pi post.

The prerequisites install went fine so step two was to retrieve all the files from the RPi.   I logged in via SSH and used tar to bundle everything up.

After logging out of the RPi I was able to use scp to grab my archive and get it back to my main machine before transferring it using the same method over to the CubieTruck.

I logged back into CubieTruck to unzip and move the folders into place.

and this was pretty much it.  It was a pretty easy process and the RPi to Weewx instructions worked a treat.